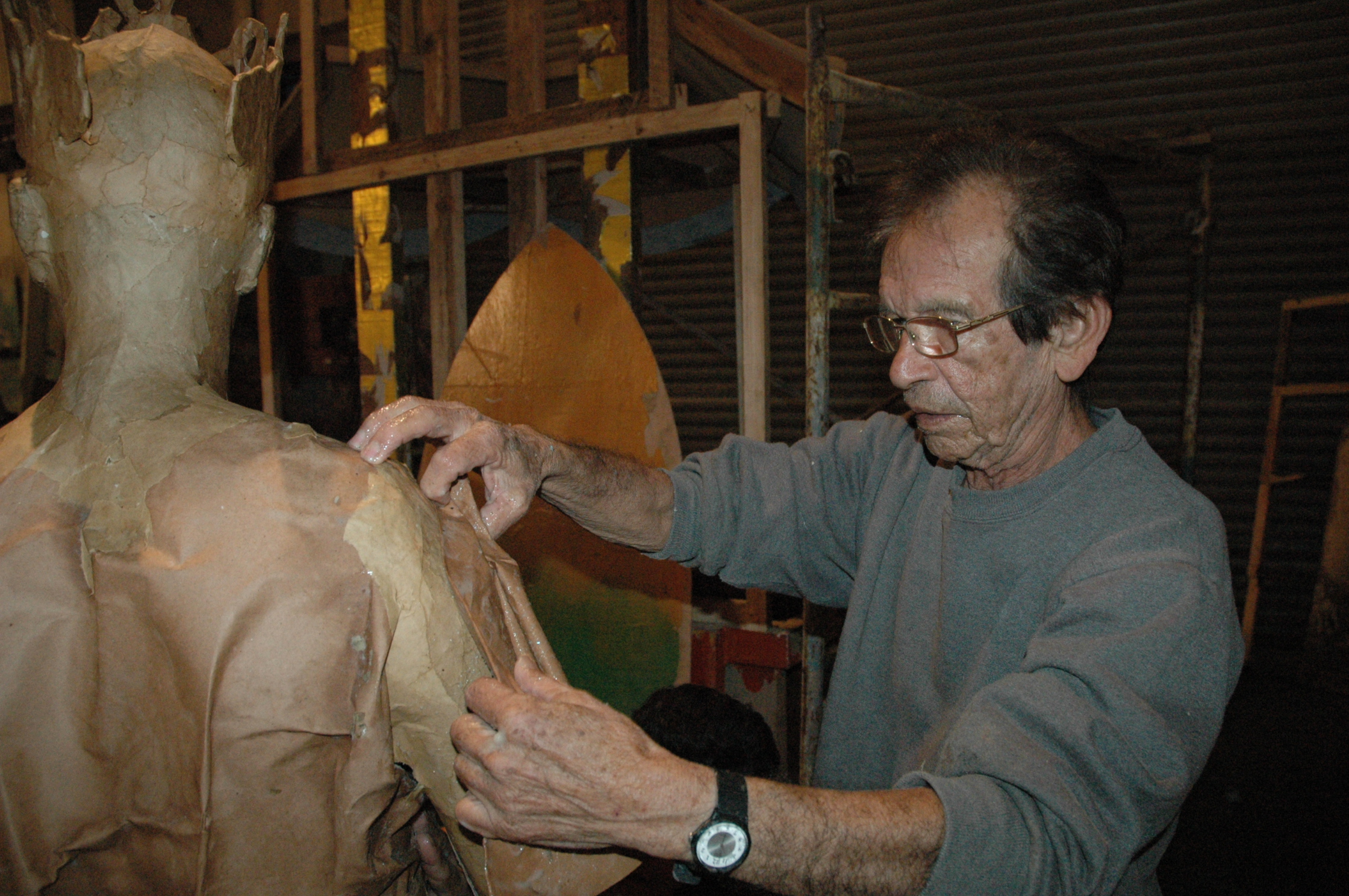 Designer of allegorical cars for 54 years

The Mazatlan people recognize in the carnival parade one of the central moments of the celebration, as a fundamental act that summarizes the totality of the elements that make up the party.

From 1960 on, the talent of Dr. Rigoberto Lewis prevailed in the design of allegorical cars, with their precious forms, of almost architectural moldings loaded with a singular kind of decorative baroque, very attractive to the popular taste.

Rigo Lewis was a key character to take the carnival of Mazatlan from the level of a regional festival. The television, personified in the producer and driver Raul Velasco, offered an opportunity that the creator took advantage of to unfold his wit in sizes and colors not explored before in the Mazatlan carnivals, even national; and, in this way, helped to get our party the category of “International Carnival of Mazatlan”. Since then, the conviction that our carnival is among the best known in the world has been forged.

The permanence of Rigo Lewis in the making of the floats and much of the rest of the cars, almost uninterrupted for 55 years, speak of the enormous social recognition he enjoyed thanks to the almost unanimous acceptance of his ephemeral works in popular taste.

The applause that year after year the public offered him to the step of the float of the queen of the carnival is incontrovertible proof of the generalized appreciation for his artistic work. Today, his legacy is unquestionable: an unrepeatable style that made time and that is considered as our own carnival.

He said that he had begun to get involved in these tasks, almost as a mischief, since his high school years. In 1956 he had his first approach with Engineer Leopoldo Reyes Ruiz “Pepegrillo”, who had just been released as Director of the Carnival, after having presented an allegory during the student parade on November 20. By 1960, Lewis had been assigned the construction of the Royal Trolley, a job he would specialize in the future.

With the passage of time, his ingenuity led him to introduce significant changes in the design of rolling allegories, which were from the adaptation of materials and colors; in the location of the sovereign according to her role, to try to achieve the greatest possible visual impact in the eyes of the carnival subjects; the transformation of bases or platforms to gain grandiloquence through the profusion of ornaments; and, the use of lighting to create games of shadows and striking feicidal luminosities.

In each participation a new challenge was forged. He could repeat the thematic reference in the design of the floats, yes, never from one year to the next; but, it always surprised the public with notable variations that made each car different.

The price of his works became the subject of Carnival mythology. The estimated value that the public attributed to him and the possible public claims of the creator for debts linked to his hiring, promoted him an image of enrichment that contrasted with his standard of living and his way of working. He was an amateur to collect antiques of artistic value; but his devotion to the carnival led him to invest a good part of the economic resources he obtained throughout his life in gathering an important documentary, photographic and material collection about our maximum party, which he hoped to deliver for the formation of the Carnival Museum; respect to which his heirs must determine their destiny.

Rigoberto Lewis left on January 9, 2014 and was fired, accompanied by the tambora and the rhythm of “Los Papaquis”, because he so requested and to highlight his significant contributions to the history of the Mazatlan carnival. 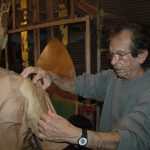