Obviously the theme of the party is always the fun, the show, the revelry and the dance. However, in order to achieve unity in the various concepts to which the allegories of the parades are subjected, the choreographies of the coronations, the adornments of the city, the total image of the carnival, then, the determination of a specific, mutable theme was necessary. year with year.

The precedent of this notion, is in the season of 1943, when the Second World War was in development and Mexico had joined it after German submarines sinking national vessels in the Atlantic. The end of the “Triple Entente” at the hands of the armies “Allies” seemed close, anticipating the possible victory the Mazatlecos decided to celebrate in their own way and called the party that year “The Carnival of Victory.”

Nineteen later the annual theme for the party would be definitively established at the initiative of the engineer Leopoldo Reyes Ruiz, better known in the carnival sphere as “Pepegrillo”. Mare Amore e fantasia was the theme chosen in 1962 that served to create a concept for the parade, which for the first time was organized into sections, as we know it now.

Since then, year after year, the Mazatlan carnival receives a particular theme that sometimes alludes to geographical regions and historical moments (Oriental Fantasy, Viva America, on the occasion of the V centenary of the discovery, Mazatlan of my Memories, A Toast to the Past), to the literature of adventures, myths, fable and legend (Around the World in pursuit of Joy, The Thousand and One Fantasy, An Almanac of Adventures, “Once Upon a Time …”, From Myth to Mitote) , the world of entertainment (The Greatest Show on Earth, on the most famous musical comedies, Hollywood Unforgettable, The dazzling Kingdom of the Show) or popular culture (Let me follow the Tambora, Fiestas and Traditions of Mexico). 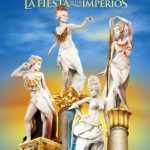 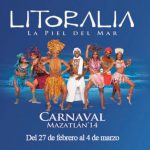